Fiction. Based on a True Falling. by Maya 7 minute read

“We live in a culture where you are not given permission to be sad…there’s nothing wrong with being sad.” -Tim Ringgold

Your parents had sunflower seeds at your funeral.

You were probably like me, thinking you could help the entire world on your own. You wanted people to see the world for it could be, not for what it is now. You saw the world of people dancing, smiling, having fun with one another, forgetting about our grudges, about being right all the time, and of love.

The girl you kissed threatened you during the #MeToo movement. She had written you off as a predator, after all the love, all the doing for her that you’ve done, after all the times you have sat next to her tears complaining about the mistreatment of her ex, you listened, patiently, quietly, and she missed the cues you gave her. You love her, and she made you out to be a monster.

It crushed you. And you took your life on Valentines Day as an act of indignation at the injustice of the world. You love so deeply, and you harden so hard from her accusations, her wounds projected onto you of her past that you can’t change no stop her from repeating with you. It’s a sick game. So you chose to exit.

“Jazz is what got me through,” he told me. I understood his depth, but I knew I couldn’t wish his pain away. He has to go at it alone the way I have to go through mine alone. I could only hold space for that moment when he reveals to you the depth of his knowing, his suffering, his wounds.

“You’re a midget. Do they give you handicap signs for your disability?” he joked on FB messenger. I didn’t know how to respond. I wasn’t used to play.

“It says here, for those who are less than 4 feet 9 inches tall, must be seated in a federally-approved child passenger restraint system.”

“You are driving illegally.”

“I deserve a handicap placard.”

I give him an emoji wink 😉

Then I added, “Or maybe you’re projecting.”

He puts an Emoji = laughing with tears.

“You’re projecting,” I insist. And then I send him an article from psychology wikipedia. 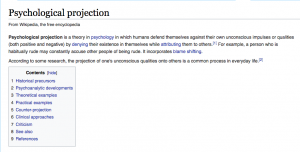 “no madam
just because your short doesn’t mean
im projecting.

“Never heard of the expression.”

“…take liberties at the expense of others, or to be joking, or to be unreasonable. It is a shortening of the idiom taking the piss out of, which is an expression meaning to mock, tease, joke, ridicule, or scoff.
seriously.”
“Oh ….nice
so we’re pissing on each other eh?
two can play that game.”
“no.
it’s called teasing.”
“I know.”
“and life really isn’t worth living without teasing anyone,” he says.
“hey I’m okay with it
as long as you can take mine
I’ve got some uppercuts.”
“sure
mine will be better though.”
“If you’re going to dish it out, you’ll have to take it.”
“I think you should get into comedy, Rylie.
I’ll introduce you to my sis
and a couple of comedy friends
That way you’ll have an avenue
and I can just be at peace

“
“My roommate is a comic,” he says.
“I mean when we get on each other’s nerves
I’ll wrestle you
put you in a headlock
and give you a wedgie.”
“I will win…was once the 3rd best wrestler in NY, at my weight
NY the 2nd best state in the country next to Iowa.”
“I’ll still wrestle you. I only date winners. So you better bring it, buddy.”

How it all miscommunicated away 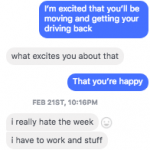 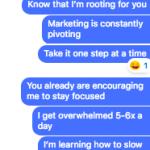 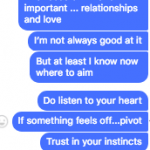 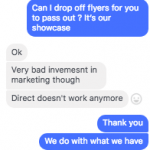 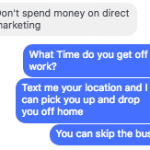 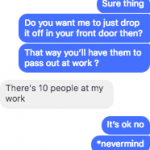 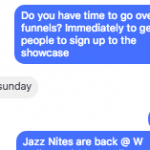 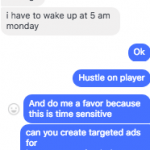 “I’m also going to give you some space,” I said to him. 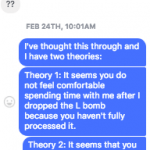 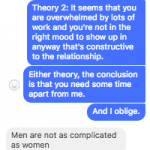 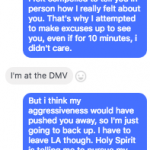 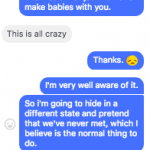 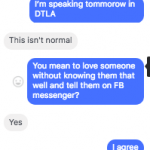 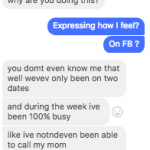 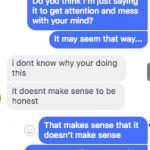 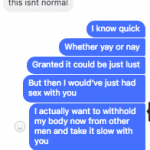 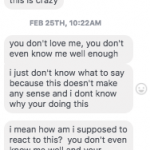 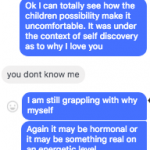 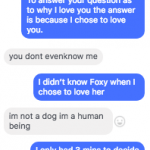 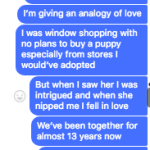 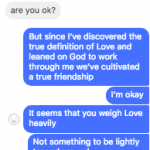 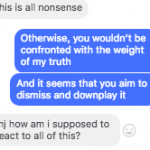 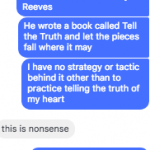 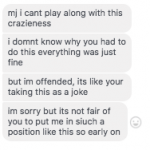 "What Happened That Night"

Fiction. Based on a Second Attempt. by Maya
Next: TLSJ Vol.1

Fiction. Based on a True First Hollywood Kiss. by Maya
Be the first to leave a comment!